Some Thoughts to Consider with Our Mothers in Mind
Page Menu

Some Thoughts to Consider with Our Mothers in Mind


"For you know that afterward, when he wanted to inherit the blessing, he was rejected, for he found no place for repentance, though he sought it diligently with tears" (Hebrews 12:17). This verse holds many valuable applications for the one who would accept them.
From the preceding verses, we learn that Hebrews 12:17 specifically refers to Esau. Esau sold his birthright to Jacob his brother because he did not place the proper value upon it. "Thus Esau despised his birthright" (Genesis 25:34). Later on, Jacob also got Esau's blessing (Genesis 27:30-34). By that time, he had a change of heart and desired to be blessed. But his repentance (change of attitude about his birthright) "found no place" in that it could do him no good. 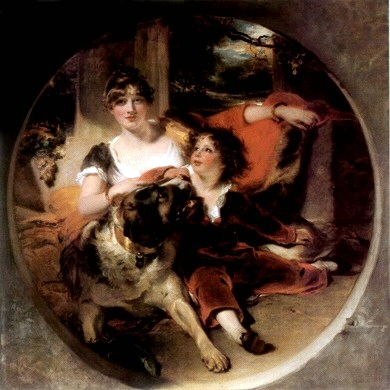 How many opportunities will we miss because we did not recognize the value of those things or love ones in our lives that we should cherish? Sometimes we despise what should be most important in our lives until it is too late, like Esau.
Every person who comes into the world has a valuable gift from God, their parents. It was so important to God that we value our parents that He has given numerous instructions demanding our respect, devotion, honor, and love of our parents. Thus we can read, "Honor your father and your mother, that your days may be long upon the land which the LORD your God is giving you" (Exodus 20:12). "Children, obey your parents in the Lord, for this is right" (Ephesians 6:1). "There is a generation that curses its father, And does not bless its mother" (Proverbs 30:11). We all ought to bless our mothers and respect our fathers.
But the greatest respect we can give our parents is to obey their commands and honor their wishes. So often we offer substitutes instead of obedience. Let us do what they want.
In I Samuel 15, we read where Saul king of Israel substituted his wishes instead of God's wishes. God wanted the sheep and oxen of Amelek destroyed. But Saul and the people saved "the best of the sheep, the oxen, the fatlings, the lambs, and all that was good, and were unwilling to utterly destroy them" (verse 9). Saul told Samuel, that this was done "to sacrifice to the LORD your God" (verse21). Then Samuel said, "Has the LORD as great delight in burnt offerings and sacrifices, As in obeying the voice of the LORD? Behold, to obey is better than sacrifice, And to heed than the fat of rams. For rebellion is as the sin of witchcraft, And stubbornness is as iniquity and idolatry" (I Samuel 15:22-23).
If you love your mother, show her love by obeying her voice. If we do anything else, like Saul, it will do no good.
My mother died in June of 1995. Before she died, I promised to take her out to eat. But I didn't. She asked me to move some materials in the yard. "I'll get around to it," I said. But I didn't while she was alive to see it. She expressed other things that I did that bothered her. "I'll get better on these Mama." Perhaps I did get better. After she died! And like Esau, I wept. But it was too late. Too late to send flowers. Too late to give gifts. Too late to make her smile. To late to send her on that trip she wanted. I'd just as soon have ashes in my hands for what I put my mother off for.
But there are many of you today who do not have to make this same mistake. Won't you please more frequently call, more frequently write, more frequently visit, and do what your parents want you to do as much as you can?
One of the most important things we can learn from thinking about these things is the necessity of obeying God. Just as we should honor and obey our parents, even more we should honor and obey God!
God commands all sinners to believe the gospel of Christ, to repent of our sins, to confess His Son, and to be immersed in water for the remission of sins (John 3:16; Romans 10:10; and Acts 2:38). If we delay too long to obey the gospel we might end up like Esau regretting it but unable to do anything about it. "Then He will also say to those on the left hand, 'Depart from Me, you cursed, into the everlasting fire prepared for the devil and his angels," (Matthew 25:41).