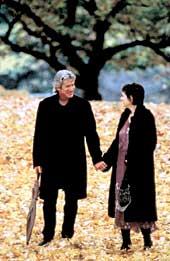 Every serious disciple of Jesus Christ desires to attain to spiritual maturity, of this there should be no argument. Many faithful disciples spend their entire lifetime striving to reach an ever-higher level of maturity, and even babes in Christ have that fervor that drives them to not remain babes but to somehow find the secret of how to “grow in the grace and knowledge” of their Savior, Jesus Christ (II Peter 3:18). Many books have been written to help disciples grow up and into the faith, but we need look no further than God's written word for the way to reaching that elusive goal.

But knowing how to attain to spiritual maturity is one thing, while knowing how to measure our spiritual maturity is quite another. I went to school for years and gained quite a bit of knowledge [much of it now forgotten], but how do I know whether or not I truly learned anything? Testing! Like it or not, the only real way to know if we are maturing spiritually is to be put to the test. Our spiritual strength may be tested by trials and temptations (James 1:12), but we need not seek them out when we have a safer means readily available: God's written word. It is there that we find some 'measuring sticks' to which we may compare ourselves and find verification of spiritual maturity, or find that we are not yet there. Let us be honest with ourselves, though, and not shy away from putting ourselves to the test to see if we are where we should be (II Corinthians 13:5); If we are spiritually immature, we should rightly be chastised (cf. Hebrews 5:12-14).

And there is one particular passage that I believe is a good measure by which we might compare ourselves, if spiritual maturity is our sincere goal. In Paul's letter to the Philippian brethren, he used himself as an example to show where we all should be — but you'd never know it by Paul's own words! Most of us would hold Paul up as an example of spiritual maturity, but his words seem to say quite the opposite. In that is the definition of true maturity!

Realizing We Have Not Yet Attained. (Phillipians 3:12-13) The mature disciple exhibits the marks of maturity when he realizes he has a long way to go yet, for the ultimate goal is to be like the Master! Paul once said to the Corinthian brethren, “Imitate me, just as I also imitate Christ” (I Corinthians 11:1). In effect, Paul was saying, "Come follow me because I'm trying to catch up with Jesus, and He's way ahead of us!" The goal of every disciple is to be like the Master (Matthew 10:25), and Jesus Himself put certain offices within the church to help us eventually come “to the measure of the stature of the fullness of Christ” (Ephesians 4:12-13). In other words: that we might be like Him!

The mature disciple understands that Jesus set the pattern for our lives, so he considers all the things He has done and walks accordingly (I John 2:6). When he is tempted, he answers with Scripture as He did (Matthew 4:1-11). When he is persecuted, he does not return evil for evil — as He did not (I Peter 2:23). When others are in need, he shows compassion — as He did (Matthew 14:13-14). In everything he does, the mature disciple knows he must follow the example of the Lord, but also realizes it is a high standard that is not yet attained.

Forgets The Past. (Philippians 3:13) The mature disciple also is one who does not dwell on the past — good or bad. He realizes that, in the past, he was a sinner — guilty of transgressing the will of God (Romans 3:23) and guilty of the blood of Christ (Galatians 2:20). He could look back on this and wallow in self-pity and remorse, but he knows that he is now forgiven! Instead of dwelling on how bad he was at one time, the mature disciple focuses now on what he has become, through the power of Christ (Philippians 4:13).

On the other hand, neither does the mature disciple dwell on the past, remembering the good he has done 'way back when.' Instead, the mature disciple is always thinking, "What can I do today for the Lord?" He does not look back on the people he has taught or baptized or how many sermons he has preached or classes taught or services attended or songs led or any other work he might have done for the Lord; he forgets all of that and considers only today. The mature disciple understands that anyone can turn their back to the world, and then all those past accomplishments will mean nothing if we have given up on the Lord (II Peter 2:20-22). He knows that the past deeds of a righteous man will not be remembered should he turn to a life of sin (Ezekiel 18:24).

Reaches for the Future. (Philippians 3:13) The mature disciple is one who, of necessity, has a deep understanding of God's word but who, at the same time, is striving to always know more and to understand it better. He is “diligent” to present himself approved to God and rightly divides the word (II Timothy 2:15), and knows that constant study is the only way to ensure that continues to be the case. Laziness regarding God's word is simply not even considered! He knows that the future will bring more challenges, more temptations, and more trials, and an even deeper knowledge of God's word is necessary. He knows he must have the desire as a babe for the “pure milk of the word” (I Peter 2:2), but knows he cannot feast on milk for long before moving onto the meat (Hebrews 5:14).

The mature disciple, in his effortsto always be reaching forward, will also be constantly doing more and more work for the Lord. He will not sit back and point to what he did "way back in '62" or even last week, but will instead be thinking about tomorrow and what he might do if the Lord grants him another day. He will be “always abounding in the work of the Lord” knowing that his labor is “not in vain in the Lord” (I Corinthians 15:58), constantly searching for what more he can do and how he can contribute in even the smallest way. Again, he will not be comparing himself to other disciples, but be concerned only for how much work he is doing, and he will never grow weary of doing all he can do (Galatians 6:9-10).

Presses Toward the Goal. (Philippians 3:14) Here is often the most distinctive mark of the mature disciple: he has a goal! And not only does he have a goal, everyone else knows it, too! So much a part of his life is this goal that it will be evident to all because he desires it so strongly. The mature disciple does not hide the fact that he is a disciple, but gladly shares his goal with others in the hopes that it will be their goal, too. He forgoes the chase for the pleasures of the flesh and the everyday distractions the world throws at him, and has his mind “on things above, not on things on the earth” (Colossians 3:2). He “diligently seeks” God because he knows there is a reward (Hebrews 11:6), and is constantly seeking to “excel still more” though he is already mature in many spiritual things (I Thessalonians. 4:1, 10).

The mature disciple presses on toward the goal, and will let nothing stand in the way — not even the many afflictions which may come his way. To him, they are nothing but a “light affliction, which is but for a moment” and so he does “not look at the things which are seen, but at the things which are not seen” (II Corinthians 4:17-18). He walks by faith and not by sight (I Corinthians 5:7) and can see the goal clearer than most — even clearer than does his spiritually immature brethren.

Paul closed this text by urging the brethren, “Therefore let us, as many as are mature, have this mind” (Philippians 3:15). To that I would add my hearty "AMEN!" We need more spiritually-mature brethren who are willing to admit they do not know it all, who will forget about the past and look to the future, and who will press fervently for the goal.