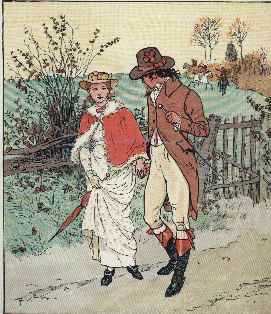 The prevalence of infidelity in marriage is staggering. If it was only a problem in the lives of those apart from God it would still be discouraging, but the truth is that the amount of marriages among our brethren that have been rocked by this sin is just as staggering.

Much the same as a medical doctor would use a pathology report to determine the root cause of a physical sickness; God's word gives the pathology of adultery. There is a four step destructive process involved in most adulterous relationships.

Step #1
The Position of Vulnerability

Things such as stress, boredom, insecurity, rejection, unfulfilled expectations, and over confidence (I Corinthians 10:12) all make us more vulnerable to temptation. Dave Carder wrote in Torn Asunder, "When we are vulnerable, we are emotionally run down, our defenses are down, our perspective on things is clouded, we are not able to make judgment based on truth, and everything is seen through an emotional filter. Pain is intensified. Therefore, the pursuit of relief from pain is also intensified. When you are vulnerable, a situation that might otherwise be safe may now be unsafe."

This is the gray area where the "game playing" occurs. "Don't worry, we are just doing work together." Because people tend to say that nothing is going on when there is no physical contact, they feel safe because they think they are still walking within the boundaries—when they are really crossing the line. This innocent "playing around" increasesthe threat level of the temptation. The boundaries are crossed when-ever a couple shares emotional intimacy (sharing intimate information about your marriage, family, etc), experiences sexual tension (flirtation has begun), or practices secrecy.

At this point it is extremely difficult to get out. It is like a full blown addiction because of the physical pleasure and bonding that occurs.

We find reasons to stay (this person understands me or fulfills me better than my spouse, surely God would want me to be happy, etc.)

So, if that is the pathology, how do we avoid falling into this temptation? A couple of cases in point may help us to see how God would have us stay pure in this area. Proverbs 7:6-23 is a picture of a young man being caught in this sin and in II Samuel 11 we see King David also succumbing. Both cases fit perfectly into the pathology report described above. They both were where they should not have been. David should have been with his armies and the young man in Proverbs should not have been on the street at night testing the waters. They lacked knowledge and good judgment. They were curious—they were vulnerable. They were lured by the physical appearance of the women involved. They got involved in conversations and situations that should not have been—they were emotionally involved. They gave in to their physical lusts—they were guilty of adultery. David not only rationalized but also covered up his sin with more sinful actions.

There is a four-step protective process that God provides in His word, to help us avoid this awful pitfall. Proverbs 7:24-27 as well as chapters 5 and 6 provide some very serious warnings and offer some strong words of instruction to this end.

As we mentioned above, this sin does not start with the physical action but with the mind-set that leads to that action. Jesus warned, "You have heard that it was said, `Do not commit adultery.' But I tell you that anyone who looks at a woman lustfully has already committed adultery with her in his heart" (Matthew 5:27). We need to commit as did Job, saying, "I have made a covenant with my eyes. Why then should I look upon a young woman?" (Job 31:1). Know your own vulnerabilities.
1) Are you especially curious about people?
2) Are you extremely empathetic?
3) Do you invite other people to share their problems with you?
4) What might lead you to get emotionally involved with someone else unwittingly or with good intentions?
We must admit that there is a danger of infatuation. There are those we find pleasing or attractive, funny, stimulating, easy to talk to, those we seem to bond quickly with. You like them—they like you—you hit it off. That is the time to deal with this problem. Temptation is present and sin is on the doorstep!

Watching your step begins with being careful and wise about where and when you are alone with-out your spouse. The world is full of times and places that won't help you keep your marriage vows: hotels during business trips, a deserted office after hours etc. So, watch where your feet go! Do whatever you need to keep them on the right path. Make adjustments in your personal life. It may mean changing several things in your daily routines and practices. Experts agree that the two most dangerous arenas for temptation are the workplace and the Internet. We can protect ourselves in both these areas. Jerry Jenkins, in his book Hedges: Loving Your Marriage Enough To Protect It (which I highly recommend to every man who wishes to have a strong, godly marriage) said, "One of the major causes of marital break-ups in the Christian community is the lack of protective hedges that spouses should plant around their marriages, their heads, their hearts, their eyes, and their hands." Don't be afraid to put up "emotional walls" around yourself and your marriage.

You cannot have intimate relationships with opposite sex coworkers and friends and still have a great relationship with your spouse. Preachers and elders need to be especially cautious when meeting with women for Bible studies, counseling, etc. Many times these situations involve people who are already vulnerable and looking for comfort. Make sure some-body else is there when you meet. There is very little, if anything, that can be gained by meeting alone — but much can be lost. The experts are also correct regarding the Internet. It has been my experience in meeting with couples who have experienced adultery in their marriage that the Internet and pornography has become a major factor. At one point last year, five out of seven couples I was meeting with were dealing with this problem. I would strongly recommend that you do whatever you can to eliminate this possibility. Starting with installing a good filtering system such as Bsafe.com, making sure the computer is in an easily viewable area of the house not a secluded room such as a bedroom, etc. Two key scriptures to keep in mind are: Ephesians 4:27 — "Do not give Satan an opportunity" and Romans 13:14 — "Make no provision for the flesh in regards to its lusts." Should we all run scared? Yes! Fear is essential. Mark Twain said, "There are several good protections against temptation—but the surest is cowardice."

Few decisions you make can ruin more aspects of your life more quickly than an adulterous affair. In every conceivable way, it ends up feeling like death: spiritual death, moral death, marital death, sometimes even physical death (consider the number of people who die every year from sexually transmitted diseases). While it is true that not all sins make you pay quickly, adultery presents the bill almost immediately. A similar warning is found in Prov. 6:27-29: "Can a man scoop fire into his lap without his clothes being burned ... without his feet being scorched? So is he who sleeps with another man's wife; no one who touches her will go unpunished." The message is loud and clear: adultery is playing with fire! You will always get burned!

The apostle Paul declared that "a man reaps what he sows" (Galatians 6:7). The real tragedy of infidelity is that many marriages end in divorce. But even when it does not terminate the marriage it wreaks havoc in the relationship. In the blink of an eye, the trust and security that was the foundation for a healthy marriage is destroyed. Sadly, it takes years of dedicated work to rebuild lost trust and security ripped away by an affair.

Do we think for a moment that if David had really evaluated all the con-sequences of his sin that he would still have chosen to walk that path. But few who give in to adultery think about its real cost. An extramarital affair costs not just a car or a mink coat or new golf clubs—it costs your life! (Proverbs 5:3-5). It is critical that we see the end from the beginning if we are to stand strong. And, what it costs our families and us is not the end. Adultery in the life of a Christian costs God too. As Nathan said to David, "You have given occasion to the enemy to blaspheme" (II Samuel 12:14).

Your spouse is a gift from God and to not appreciate the gift is to not appreciate the giver. If we would spend all our marital effort in loving, admiring, appreciating, and serving our spouse we would do much to eliminate the desire to ever be fulfilled elsewhere. If I see my wife as the most beautiful woman in the world and God's gift as the fulfillment of my life, then she should be the object of my affection and my attention. Why should I look upon another woman?

No onetime event or promise will affair-proof your marriage. Complete fidelity takes constant, conscientious effort. But the work is well worth the joy of having a husband or wife who is your faithful, lifelong best friend. Consider the wise words of author Peggy Vaughn: "Preventing affairs is not like having a onetime inoculation—or even getting occasional booster shots. It's more like taking a pill every day for the rest of your life."