Will There be a Rapture?
Page Menu

Will There be a Rapture?

I.         With the turn of the century came an increased interest in the return of Jesus.

A.        A very popular series, called “Left Behind” by Tim LaHaye and Jerry B. Jenkins claims to tell the events of Christ’s return in fictional form.

B.        The series claims to be based on the book of Revelation, though it pulls concepts from the Gospels and other places.

C.        Since the key to this fanciful series is the idea of a rapture, we will use the Scriptures to judge its truthfulness - I John 4:1

A.        Points vary between different advocates, but basically it has the following events at the end of time:

1.         Those left behind (hence the name of the series) will suffer seven years of tribulation.

2.         A small portion of those left will turn to God, becoming the targets of the tribulation and the soldiers in the final years of war

1.         A world ruler will arise who represents everything Christ was against.

1.         The final battle between good and evil, where Satan’s forces are finally defeated.

G.        At the end of the reign, the faithful enter heaven for eternity.

H.        The order of these events are basically those in the Left Behind series, but there are many conflicting proposals in the denominational world.

A.        Even though the claim is that the doctrine is based on Revelation, most of the points come from the Gospels.

1.         Jesus said it would happen to the generation to whom he was speaking.

2.         The premillennialists claim the generation started with those who saw the restoration of Israel in 1948. Hence, the strong interest because that generation is dying off.

3.         The fault is that they are ignoring to whom Jesus was speaking. This was not a conversation about distant events, but something that Jesus’s audience would experience.

1.         Almost all premillennialists have the United States, the old Soviet Union, or some nation in the Middle East waging war.

3.         The corpse referred to was the spiritual dead Jewish nation.

4.         The vultures (or literally eagles in the text) is a reference to the Roman armies which used the eagle as its emblem.

6.         Since the United States also uses the eagle for its emblem, the modern-day prophets have reapplied the statements to the U.S.

3.         Yet the Bible speaks of one return where the righteous are gathered and the wicked are slain - II Thessalonians 2:8

a.         Notice that Jesus will appear in brightness (all shall see) at his coming.

IV.      Premillennialism is based on a fundamental misunderstanding of the kingdom of Christ

A.        Readings of Old Testament prophecy is interpreted as being unfulfilled

6.         Colossians 1:13 - Speaking of the church, Paul said we were transferred into Christ’s Kingdom when we were rescued from our sins.

1.         He is currently reigning until death is destroyed

V.        Premillennialism is a false system of doctrine designed to give people a false hope.

A.        Notice that even after the return of Jesus, they teach there is time to turn from sin. 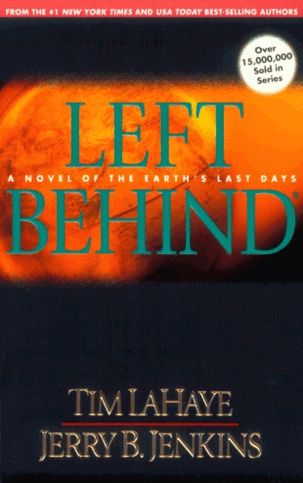 Are We Living In The End Times?

That is about to change as we enter "the time of the end." As soon as the church is raptured (see chapter 9), God will again begin to visibly intervene in the affairs of mankind. Russia and her allies will go down to destroy the nation of Israel but will themselves be destroyed supernaturally by God (Ezekiel 38-39; see chapter 8). No one knows for sure whether that precedes or follows the Rapture; a case can be made either way. One thing is apparent: Russia's attack and the Rapture are the number one and two end-time events. They are followed by the rise of Antichrist (see chapter 21), the day of God's wrath (see chapters 12-14), the two witnesses (see chapter 22), the 144,000 Jewish evangelists (see chapter 24), and many other acts of divine intervention during the Tribulation. There will be so many signs that atheism will not be widespread during that period; amazingly, it will be supplanted by open and blatant rebellion against God.

The "time of the end" as Daniel called it, or "the last days" as the apostles referred to it, is that short period of seven to ten or more years of enormous change for this world as almighty God brings this age to an end by His supernatural intervention. God's people need to study the prophetic Scriptures so they can both be prepared themselves and can help others prepare for His coming.

The good news is that this world will not end in chaos as the secularists predict. The Bible says Christ will come to solve the world's problems by introducing the greatest period in world history, the millennial kingdom of Jesus Christ. And while we are not certain it will occur in our lifetime, we have more reason to believe it might than any generation in the history of the church.

The Bible Versus Premillennialism:


No one knows for certain when Christ will return or whether we are really living in the end times.

We believe, however, that Christians living today have more reason to believe that Christ could come in our generation than those of any generation before us. For example, all prophecy scholars agree that the generation that saw Israel restored to her land in 1948 could well be the "generation [that] certainly will not pass away until all these things have happened" (Matthew 24:32-34, NIV ). In other words, before that strategic generation passes from the scene, time, as we know it, will come to an end.


When you examine all the "signs of the times" that have been fulfilled in our lifetime, you have to believe the coming of Christ is very near. As Jesus said, "Near, even at the doors." This generation does indeed have more solid reason to believe Christ could come in our lifetime than any before us. Yes, we could indeed be living in the end times!


Dr. John Walvoord, the most knowledgeable living prophecy scholar in the world today, said the following at a prophecy conference about the times in which we live: