I.         We have spent a good deal of time showing the fact that Christians are to be in submission to various authorities.

A.        Some of these relationships are voluntary, some are involuntary, but in all cases submission must be shown.

B.        However, how is submission shown? How do place yourself in submission?

II.        Submission is obedience without grumbling

2.         Everyone in authority has one over him who reigns supreme. We must recognize that chain of command, even if those immediately above us do not. - Acts 5:29

1.         I want you to notice how Paul concludes this idea of praying for rulers in verse 8 – without discussion (no arguments).

IV.      Submission is shown by meekness and quietness

B.        How a person dress often reveals the character of their heart

3.         Which man is the upstanding citizen who gives honor to the governor, the mayor, or the police officer?

5.         A woman dressed to snare the eyes of other men is not in submission to her husband.

6.         A woman dressed provocatively does not give the impression she is obedient to God.

1.         Wearing anything on the head while praying or prophesying disgraces his head (Christ) - vs 4

1.         Having her head uncovered while praying or prophesying disgraces her head (man) - vs 5

C.        Two items are under consideration which indicate subjection

a.         This does not match the Greek where the word for covering means an artificial covering

c.         The idea in these verses is some thing that was put on when praying and prophesying and could be put off when not. This cannot be done with one’s length of hair.

(1)       The word for covering here is a different Greek word from the previous verses which literally means clothing. (See also Hebrews 11:12)

(2)       Long hair is a woman’s natural covering and Paul is arguing that therefore women ought to accept the artificial covering.

b.         Also, none of Paul’s arguments for the head covering involve miracles.

b.         Too many look at modern Moslems and assume this has always been the practice in that region.

c.         The Greek practice was for men and women to worship their gods with their heads uncovered. See the example from a plate.

(2)       The Life and Epistles of St. Paul : “It is true that the Greek practice was to keep the head uncovered at their religious rites (as Grotius and Wetstein have remarked). . .”

d.         The Roman practice was for men and women to worship their gods with their heads covered. See the examples from friezes.

(1)       Virgil in the Aenid: “And our heads are shrouded before the altar with a Phrygian vestment.”

e.         The Jewish practice was for men (and women?) to be covered while worshiping God.

(1)       The Life and Epistles of St. Paul : “On their [the Jews] entrance into the building, the four-cornered Tallith was first place like a veil over the head, or like a scarf over the shoulders.”

f.         Paul’s command for men to be uncovered and women to be covered did not match any practice of that time.

(1)       Expositor’s Greek Testament: “Paul’s instructions do not agree precisely with current practice. Jewish men covered their heads; amongst the Greeks both sexes worshiped with uncovered heads.”

(2)       Cambridge Bible for Schools and Colleges: “In the remarkable fact that the practice here enjoined is neither Jewish, which required men to be veiled in prayer, nor Greek, which required both men and women to be unveiled, but particularly to Christians.”

a.         Paul spends a great deal of effort defending the practice of women wearing a covering

(b)       It would be the first time Paul yielded to the contentious.

(2)       The only proper way to read this is Paul is saying we don’t have any alternative practice. This is the way all the churches practice prayer and prophecy.

2.         See various paintings from the Roman catacombs of early Christians. The lifted hands indicates prayer as in I Timothy 2:8

VII.     Submission is not just a claim, but it is something shown

B.        Show your submission by the things you do, so all the world may know you are a follower of God. 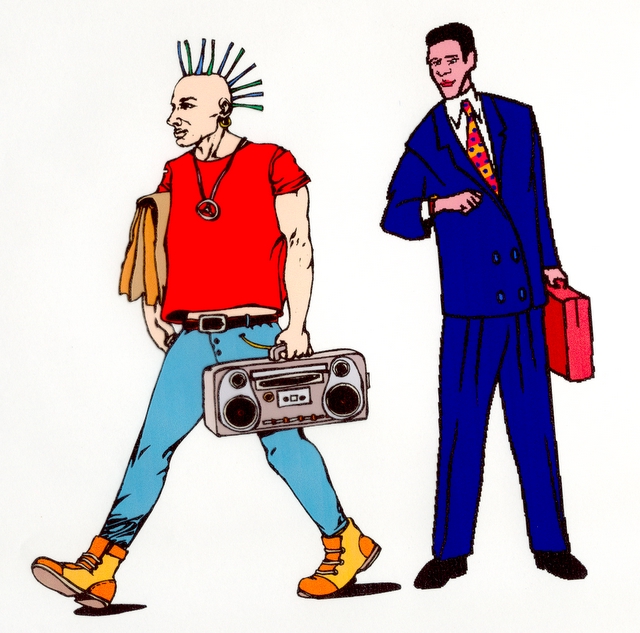